What Awaits in Reading?

There's a reason that I named my blog, Chelsea's Reading Adventures, because every time I pick up a book - I'm put into a new world with a new story just waiting to occur. There is never a story too identical where I feel like it's not an adventure (although sometimes I read books that just bore me to death that don't feel like an adventure, one of those books happens to be The Unbearable Book Club for Unsinkable Girls by Julie Schumacher. Here's my review of that book:

This is a hard book to read through. It's not very attention-grabbing in the beginning, and the characters have blah personalities that are not really able to connect to. If you can read slow books without that much of an interesting plot, then I would recommend this. Otherwise, I would tell you to never pick up the book.

I was so disappointed in this book that I didn't have much to say about it.)

But that's a different story, what I want you to do is think about the most exciting adventure you have ever been on just by reading a book, think about the way it made you feel, and if you connected with the characters. I'll tell you my favorite story without telling you the title, the author, or any of the characters. My story would be a young teenage girl finding out that she is a paranormal, so what does she do - she goes somewhere where she feels like she can belong. But when is a story ever that easy, so she discovers that even around other paranormals she doesn't belong. Can you imagine what she is feeling, or what is going through her mind? I couldn't without having read the book. I would have never imagined what it would be like to discover that you aren't human and that you never were - you were born as something else. Being put into a new world like that changes how people view things.

You can tell me your favorite story!

If you've never read the Shadow Falls Series by C. C. Hunter, I definitely recommend it - that's my favorite adventure of all time.

Posted by Unknown at 1:46 PM No comments:

Breed of Envy by Lanie Jordan

Six months ago, Director Greene recruited me to the CGE to train to hunt demons.Four months ago, I agreed to finish my first Phase in less than half the time.Two months ago, I got bit by a vampire, almost died, and found out I have demon DNA.Now... Demons aren't the only thing I have to fight.Because I'm changing, and that changes everything.

Review:
This book was a great continuation of the first book. The characters were, like in the first book, captivating. The secondary characters were not lacking in personality traits, they were distinguished from the others. What I liked most about Jade, was that she wasn't whiny - she could handle her own. As for the relationship between Jade and Linc, wel Linc can be a jerk sometimes, but he's super sweet toward Jade. I love the Lanie kept the relationship between the two as unique as in the first book. The relationship between the two obviously developed - though it may seem rushed, but a plus of the book is that it takes place over the course of their second phase (which I would roughly say is about as long as a regular school year). Also, they are real with each other - you can see this within their teasing and pain (every relationship is not full of smiles and joy only), and Linc and Jade discover this through their ups and downs. Though with the absence of Felecia, Rachel (one of her minions from the first book) steps up to treat Jade the same way; although  Felecia was more physically abusive toward Jade, Rachel is more verbally abusive. It ended with a conclusion that had me begging for more.

Note: I received this book free from Lanie Jordan in exchange for an honest review.
Posted by Unknown at 9:53 PM No comments:

Breed of Innocence by Lanie Jordan

Six hours ago, men in dark suits and sunglasses came looking for me.
Four hours ago, they offered me training to hunt the things that killed my family: demons.Two hours ago, I joined their secret organization—the CGE.Now… All I have to do is survive demon-hunting school.The classes won’t kill me, but the finals might.

Review:
First off, this was an excellently written book - it captured my attention right from the get go. It's one of those books that you pick up and read all through the night, unable to put it down just because you have to finish it, not just want to - but have to!

First off, this was an excellently written book - it captured my attention right from the get go. It's one of those books that you pick up and read all through the night, unable to put it down just because you want to finish it.


To start with, the plot was phenomenal. It wasn't what I would consider a traditional paranormal fantasy. Mostly because this is the first time that demons weren't just demons. In this book, there were thousands of different demons including vampires; which I though was unique. I've never thought of vampires as demons, bit honestly thinking about it, it makes sense.
The characters were also unique. Even though Peter and Tasha weren't in the story long, for what parts they were in, I liked them. I liked the relationships that Jade developed between Doc and Linc. I especially liked the her connection with Linc. It wasn't an instant, "I love you" scenario, which I believe is commonly represented in YA books. I saw it as more authentic and genuine. They retained a certain friendly-playful aspect that they had before their kiss. And even if Felecia was a complete jerk, I thought she was a well developed character - though I am happy to say that I am glad she was expelled from the school after leaving Jade to die (not once but twice).
This is one book that you won't want to miss out on reading.

Note: I received this book free from Lanie Jordan in exchange for an honest review.
Posted by Unknown at 9:52 PM No comments: 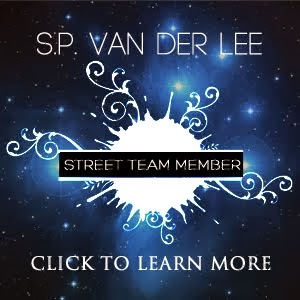 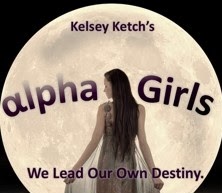